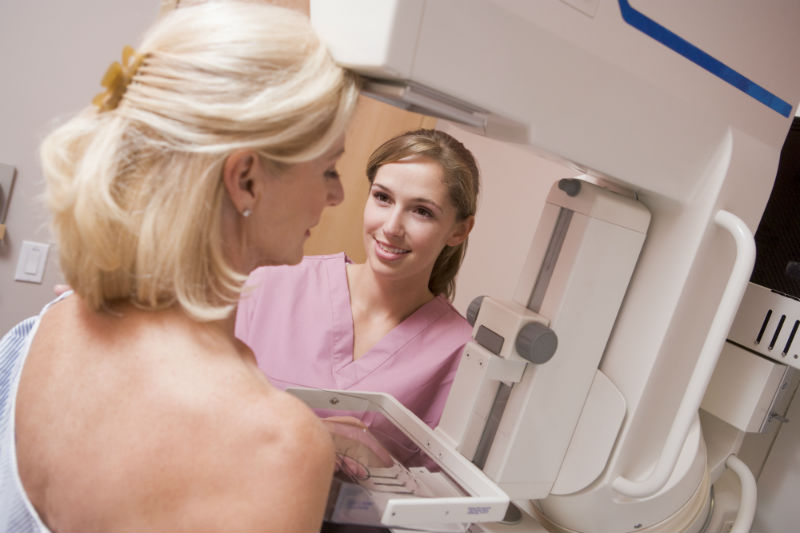 What Is All This About New Mammography Recommendations?

For more than 10 years, women have felt the pressure of and adhered to recommendations to get an annual mammogram at age 40. Some women may opt to forgo routine mammograms for fear of diagnoses of breast cancer, concerns over exposure to radiation during the screening, or personal reasons. However, the recommendations had not changed until now.
In October 2015, the Journal of the American Medical Association (JAMA) released a new report on a study of breast cancer screenings and correlating risk of developing breast cancer. As part of the report, the American Cancer Society (ACS) has updated guidelines on when and how often women should begin breast cancer screenings, which concluded the study. 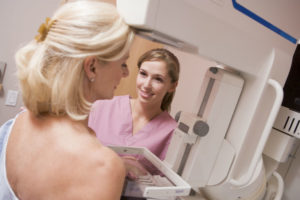 Rationale For Change in Recommendations

Many different providers, which includes Dr. Sandhya Pruthi of the Mayo Clinic, continue to recommend annual screenings at age 40 and have expressed concern about such a drastic change in guidelines. However, the American Cancer Society is not the first organization to change breast cancer screening recommendations.
In 2009, the US Preventive Services Task Force (USPSTF) changed its breast cancer screening recommendations, asserts the US National Library of Medicine. The USPSTF recommended women with an average-risk of breast cancer to have an initial mammogram at age 50 and received biannual mammograms afterwards.
The JAMA and ACS derived the rationale for waiting on mammography screenings from the potential risks and consequences of false-positive test results. When women undergo comprehensive cancer screenings, an inaccurate indicator of breast cancer is possible. This may lead to additional tests, biopsies, excessive emotional and physical upset, and additional problems for the affected woman and her family.

Regardless of the change in breast cancer screening recommendations, women should continue to follow the recommendations for preventing other forms of cancer, such as cervical cancer. Yet, up to 20 percent of cervical examinations lack full view of the cervix due to insufficient lighting, non-transparent, disposable speculums, and excessive vaginal tissue. As a result, a clear, disposable speculum with a light source should be used to help prevent inaccurate diagnoses. Furthermore, women should start receiving Pap tests and comprehensive gynecological screenings at age 21, and the test should be repeated every three years, explains the ACS.
The release of new recommendations for breast cancer screening ignited a firestorm in October, and many women will likely continue to opt for annual screenings at age 40. However, the ultimate decision for when to start screenings for all type of cancer rests with each woman and her women’s health provider. Before celebrating the choice to wait until age 45 for mammograms, women need to think about their risk for breast cancer and discuss their options with their health care providers.
To find out more about disposable, illuminated vaginal speculums, take a look at the ClearSpec® Single Use Speculum.
For more information about ClearSpec Single Use Vaginal Speculum, please call (561) 395-7767 or email us as sales@clearspecmedical.com 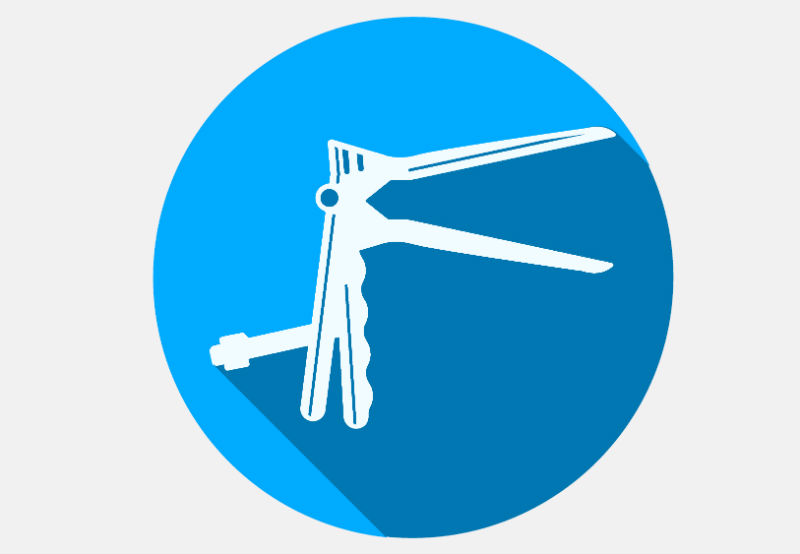 Obtaining a clear view and full access to the cervix is critical in order to provide women with the high quality gynecological care they deserve. In the past, this has proven challenging, particularly in multiparous patients or those who are obese, as excessive lateral wall tissue can interfere with vaginal and/or cervical exams or biopsies conducted with a traditional speculum which provides only superior and inferior vaginal tissue retraction. Many professionals are now finding that the use of a ClearSpec disposable speculum with sheath and a built in light source not only provides an improved view of the cervix but also increases the overall speed and efficiency during every examination without sacrificing patient comfort. 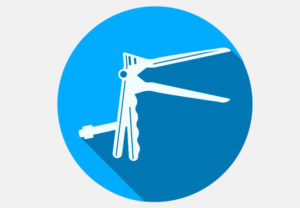 Increase the Percentage of Cervix Visible at Each Exam

According to a 2014 publication in the International Journal of Gynecology and Obstetrics, a full view of the cervix is obtained during less than 20 percent of all examinations conducted with a traditional speculum. This figure more than tripled with an upgrade to a disposable speculum with sheath, a tool which facilitated a full cervical view in over 60 percent of all exams conducted. In cases where the cervix was not completely visible, the disposable speculum was still shown to significantly increase the overall percentage of the cervix that was visible, due to the sheath which prevents excessive lateral wall tissue from obstructing the view of the medical caregiver.

Using a disposable speculum with sheath designed to support excessive lateral wall tissue which can interfere with cervical visualization does not restrict access to that tissue itself, should there be a need to conduct a more detailed lateral exam or biopsy procedure in this area of the vaginal canal. The sheath of each disposable speculum contains lateral ports of a sufficient size to provide tissue access while still supporting and preventing the excess tissue from collapsing and restricting your view of the cervix. Although slight, the sheath was also shown to improve patient comfort and reduce pain during examination.

Three Sizes to Meet the Needs of Every Woman

ClearSpec disposable speculums with sheath and a built in light source are available in three sizes to provide the most advanced speculum design available for every woman. The reposable high powered LED light source, equipped with an automatic on and off switch, fits into the handle of the small, medium, and large sizes, providing more than 2 total hours of light directed precisely toward critical areas.

Improve Efficiency at Each Exam

An additional benefit of our disposable speculum with a sheath and light source is an increase in efficiency during each exam. As the sheath is designed to support excessive lateral wall tissue, there will be far fewer instances requiring the repositioning of the speculum when compared to traditional speculums. This allows you to complete a more thorough examination in less time, improving the overall efficiency within your clinic.
For more information about ClearSpec Single Use Vaginal Speculum, please call (561) 395-7767 or email
us as sales@clearspecmedical.com.

The Importance of Routine Exams to Prevent Cervical Cancer

Cervical cancer prevalence has dropped in recent years due to increased awareness and prevention tactics by women and women’s health providers. In 2012, more than 12,000 women received the diagnosis of cervical cancer, and 4,074 lost their lives, reports the Centers for Disease Control. Take a look at how awareness and advanced speculum design play a vital role in continuing this trend towards fewer lost lives and faster diagnoses.

HPV (human papillomavirus) is considered to the root cause of cervical cancer, explains MedlinePlus. With the exception of smoking, risk factors for cervical cancer involve the risk of exposure to HPV.
These risk factors, according to the Mayo Clinic, include the following:

This list in not comprehensive as some behaviors, such as engaging in substance or alcohol abuse, may lead to an increased risk for engaging in risky sexual behaviors.

Prevention of Cervical Cancer relies on routine screening during a woman’s health checkup. During the screening, women undergo a Pap test and HPV test, asserts MedlinePlus, which may be more accurate when using an LED vaginal illuminator. This type of tool allows women’s health providers to view potential growths and malformations with greater scrutiny.
Women should begin receiving Pap tests at 21-years-old, and Pap tests should be performed every other year, explains the Mayo Clinic. Pap tests give women’s health providers the opportunity to identify and monitor precancerous, cervical conditions. Therefore, allowing women to take preventative measures in the development of cervical cancer.
Women are advised to get the vaccine for HPV between ages 9 and 26. The vaccine has been shown to be most effective when given prior to initial sexual activity. Women should practice safe sex by reducing their number of sexual partners and using condoms. Smoking should be avoided.

Unfortunately, traditional Pap tests carry risks, such as tears in vaginal tissue and inaccurate results. For women with excessive lateral wall tissue, a traditional speculum may hide potential cancerous areas by obstructing the view. Furthermore, a traditional speculum may carry pathogens from one woman to the next if not properly sterilized. However, modern, advanced speculum design gives women’s health providers a necessary resource for reducing these risks.
A speculum with a lateral wall retractor allows women’s health providers to reduce possible misdiagnoses by preventing obstructed views of the cervix. A disposable, clear speculum removes the possible threat of cross-contamination, and differing speculum sizes reduce discomfort during examination, which fosters routine screenings for at-risk women. If the screening warrants a biopsy, an LED vaginal illuminator ensures accuracy and efficiency during the procedure. Therefore, the design lessens the chances for repeat biopsies and additional medical tests due to provider-errors.

Although women have sexual options for minimizing exposure to cervical cancer-causing factors, women should always monitor their vaginal health. Early-stage cervical cancer rarely causes noticeable symptoms. If women experience pain during intercourse, unusual bloody discharge from the vagina, or bleeding after intercourse, they should contact their respective women’s health provider immediately, elucidates the Mayo Clinic. These symptoms indicate advanced-stage cervical cancer.
The importance of routine, accurate cervical screenings and examinations for cervical cancer cannot be understated. Advanced speculum design can mean the difference between early detection of precancerous cells and remorse due to advanced-stage cervical cancer.
For more information about ClearSpec Single Use Vaginal Speculum, please call (561) 395-7767 or email us as sales@clearspecmedical.com